These days, I find myself evangelizing for Julia quite a bit. It’s a good language, especially for scientific computing, but I believe its focus on performance also makes it a good general language as well. At some level, programmers who know multiple languages have an abstract understanding of the constructs used within various languages: I/O, looping, branching, etc. And there’s an understanding that if you needed to write some computation, given enough time, you could probably write it in any language I gave you.

That being said, there are a number of “nice to have” features that greatly improve the programming experience. For instance: generics, polymorphic structures, dynamic typing, multiprocessing, libraries, etc. These aren’t necessarily deal breakers, but they can greatly increase the ease at which code is written, reducing unnecessary complexity, and improving collaboration.

Often times, while extolling the virtues of Julia, I’ll casually mention one of those “nice to have” features: multiple dispatch. Usually met with a “what’s that?” and the inevitable “well when would you use that?”. Then I’ll scramble to string together an explanation, trying not to dive too deeply into abstract PL concepts. I never had a great example, until now.

Pokémon is a cultural powerhouse, not only the 4th best selling video game franchise, it has a trading card game, TV shows, movies, and manga. Today, I’ll be focusing on the video game, in which Pokémon Trainers battle with creatures known as “Pokémon”. These Pokémon have a type and a set of attacks which trainers can use in battle.

An important mechanic of a Pokémon battle is the type advantage in which the strength of the attack can be made more or less effective depending on the type of the attack and the type of the pokemon defending. For sake of brevity, I’ll be implementing the first 9 Pokémon types: Normal, Fire, Water, Electric, Grass, Ice, Fighting, Poison and Ground. And an eff function telling us how effective the attack was.

Pokémon types are a good choice because they have a complex, yet concrete relationship with one another. For example: Water attacking Fire is concretely defined as being “super effective”. It’s also easy enough to understand, even for people who haven’t played the game. And it’s fun!

Starting off, we’ll need a “container” type, otherwise known as “supertype”. In Julia, we can only subtype abstract types, concrete types cannot be subtyped further. As we’ll see inheriting behavior is much more important than inheriting structure. Let’s define it!

This will create that “container” for the rest of our types, as a form of organization, which will come in handy down the line. We can visualize this abstract type like this: 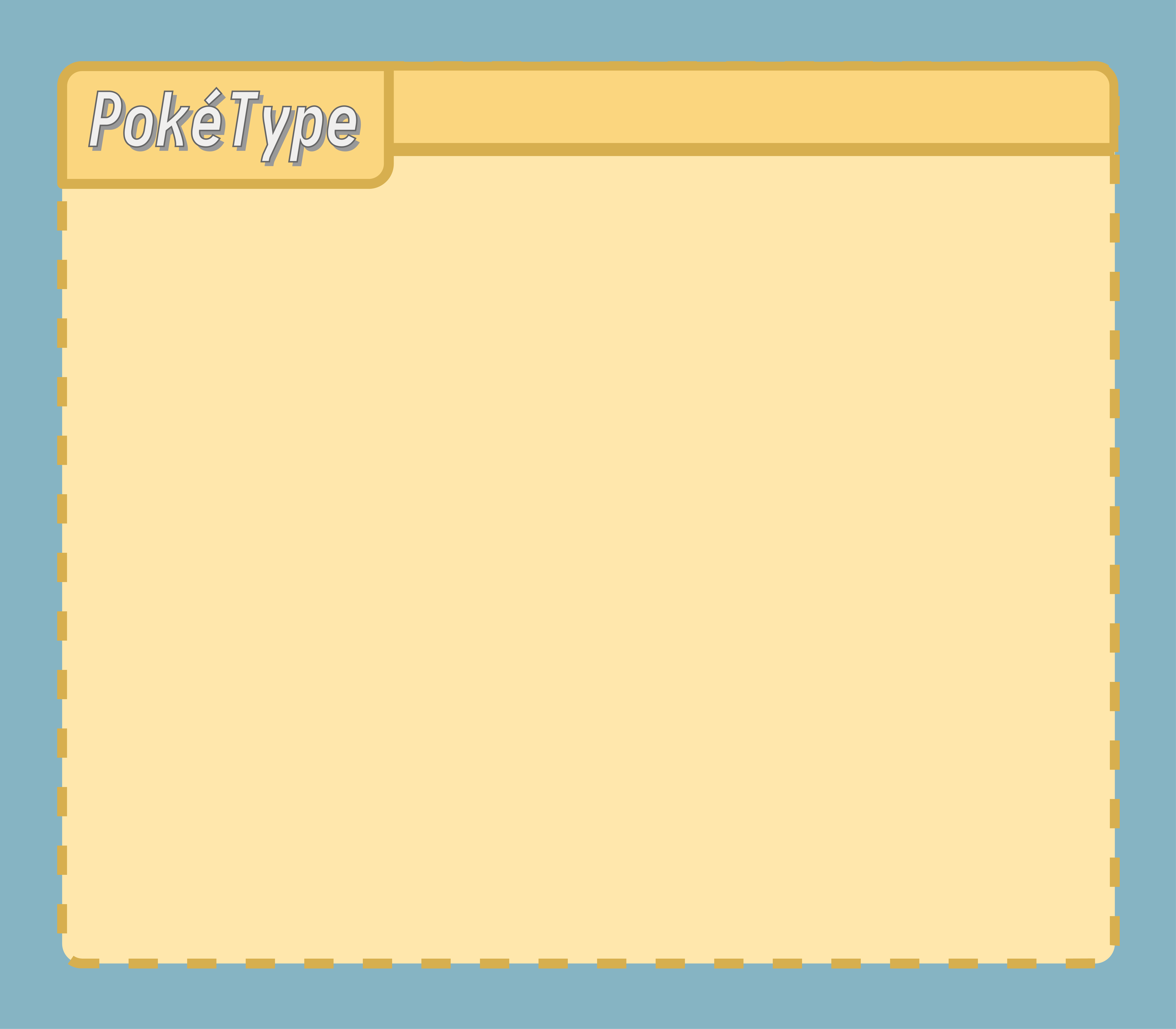 Look at all that empty space! So much opportunity. We’ll use the dashed line to represent its abstract nature, we won’t (and can’t) be implementing this type directly. For that we’ll need another type. We’ll use the subtype operator <: to logically nest our new type “inside” PokéType. You may be familiar the “boxes and arrows” type hierarchy, I’ll be using a more general Venn diagram approach here.

The <: operator can also act as a boolean statement, checking whether a given type is a subtype of another.

So far so good ? Let’s define our first interaction. Since we only have one concrete type Normal we can only implement Normal to Normal attacks. We’ll write a function eff that takes two arguments atk and def and returns a value related to the effectiveness. We’ll use the :: operator to specify that we only want this function to run when we’re dealing with two Normal types. 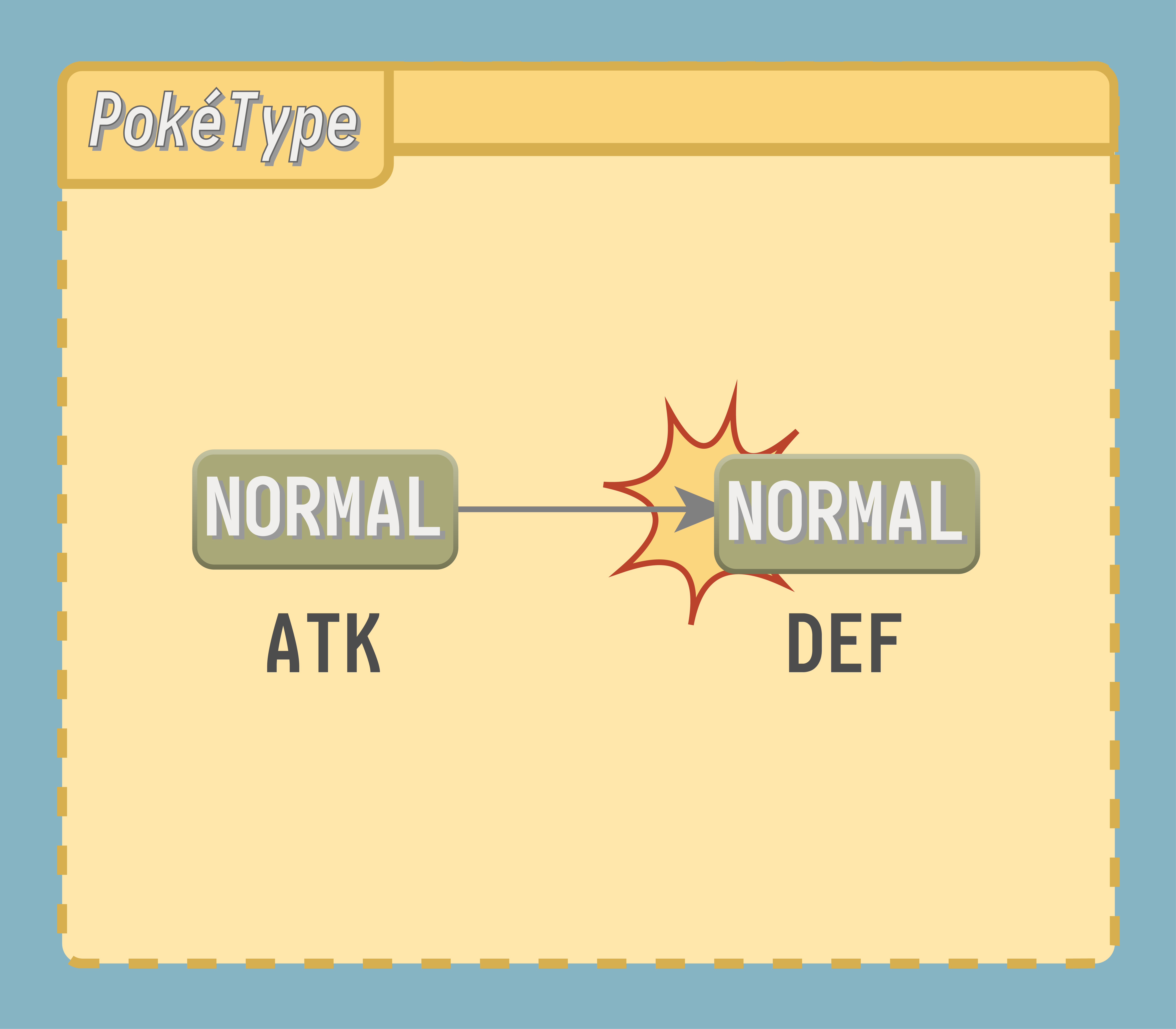 Above, the arrow represents the direction from the attack to the defender. Going forward, for any of these “self-to-self” interactions, we’ll just use an arrow looping back.

We can then test this out with a basic example:

Seems… normal to me. Now to implement the remaining types. We’re just going to do 9 types, as these cover all the cases we would expect for a PokéType. Same as before, using the <: operator. If we have N different types, we’ll need to define N^2 interactions. Potentially 81 different functions. However, if you notice, there are a couple of patterns in the type chart above. First, there’s a lot of empty or normal interactions, and second, nearly every self-to-self interaction is “not very effective”.

As you might expect, if we try to use any of these types we’ll get an error. Specifically a MethodError informing us that no function with these matching types exists.

Some parents thought that Pokémon was encouraging ‘satanic worship’. I’m beginning to see why…

Using parametric types, give us a generic way to specify arguments, while still bounding their type. Effectively, Julia’s dispatcher is checking the following dynamically:

Now all types have an interaction, albeit an incorrect one for multiple cases. For example, self-to-self attacks are incorrect, they should be “not very effective” for most types, with a few exceptions.

We’ll need to properly define this self-to-self interaction. We can also cover the corner cases of Fighting and Ground where they don’t take the effectiveness hit. 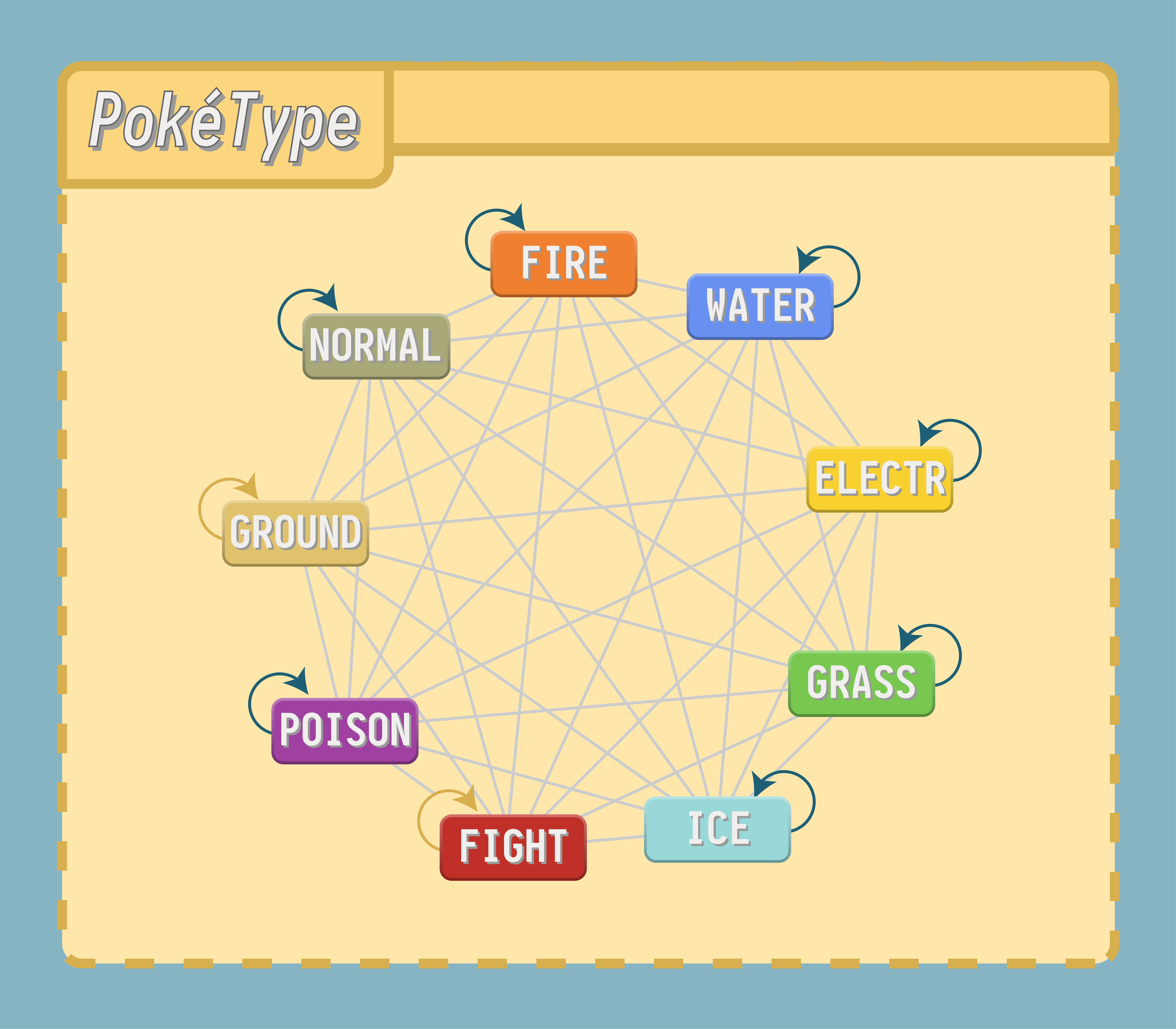 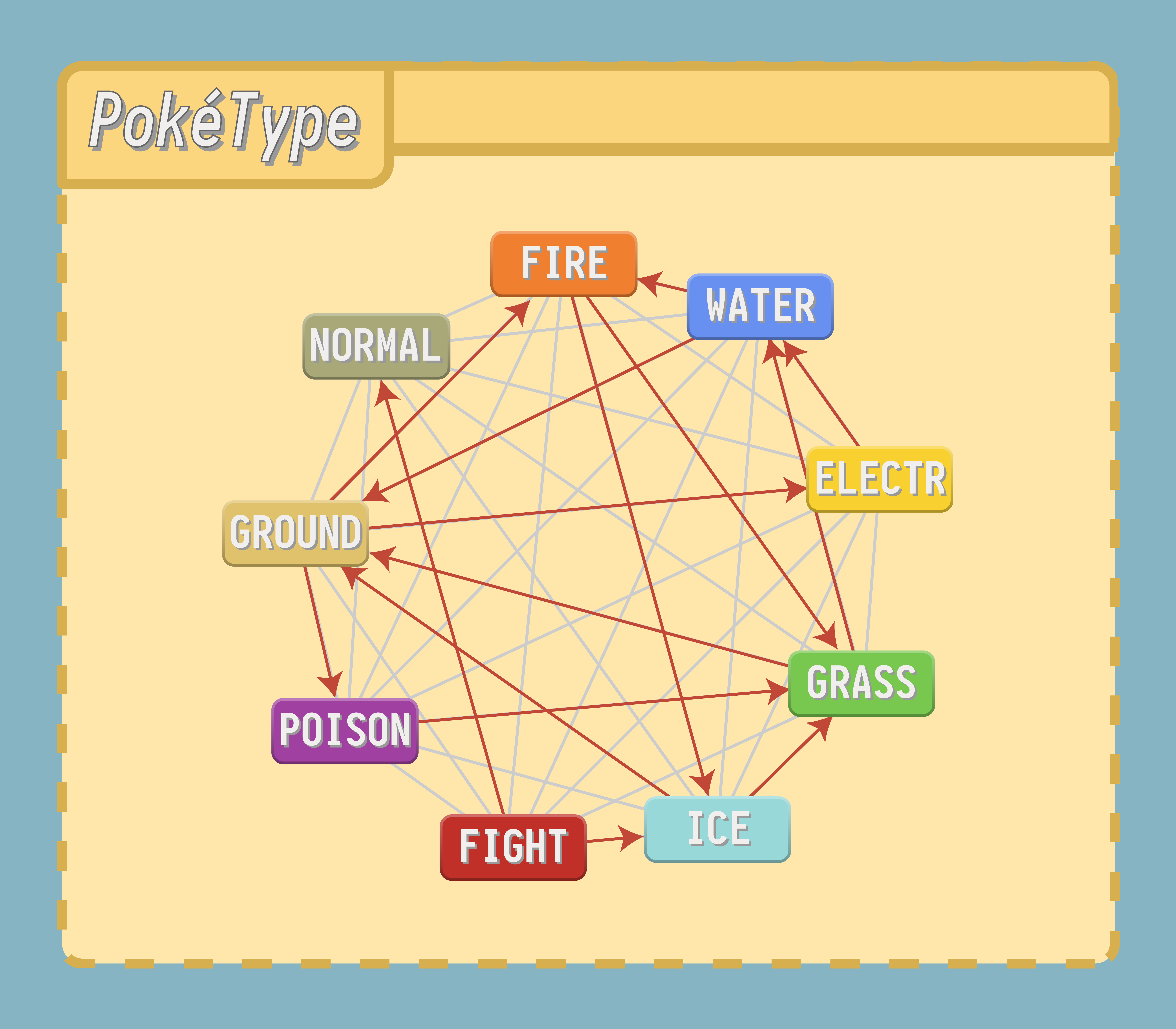 And then the “not very effective” attacks: 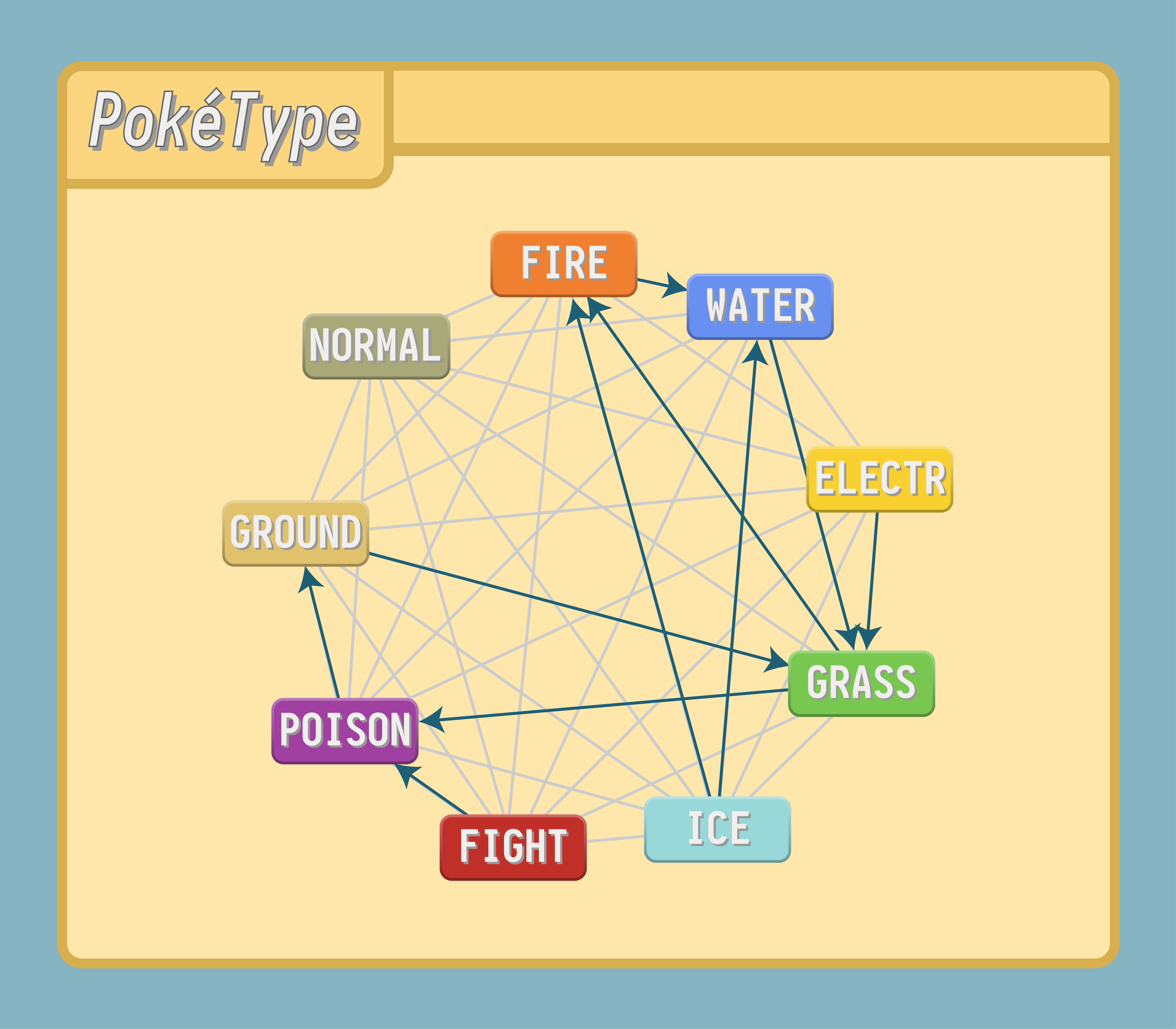 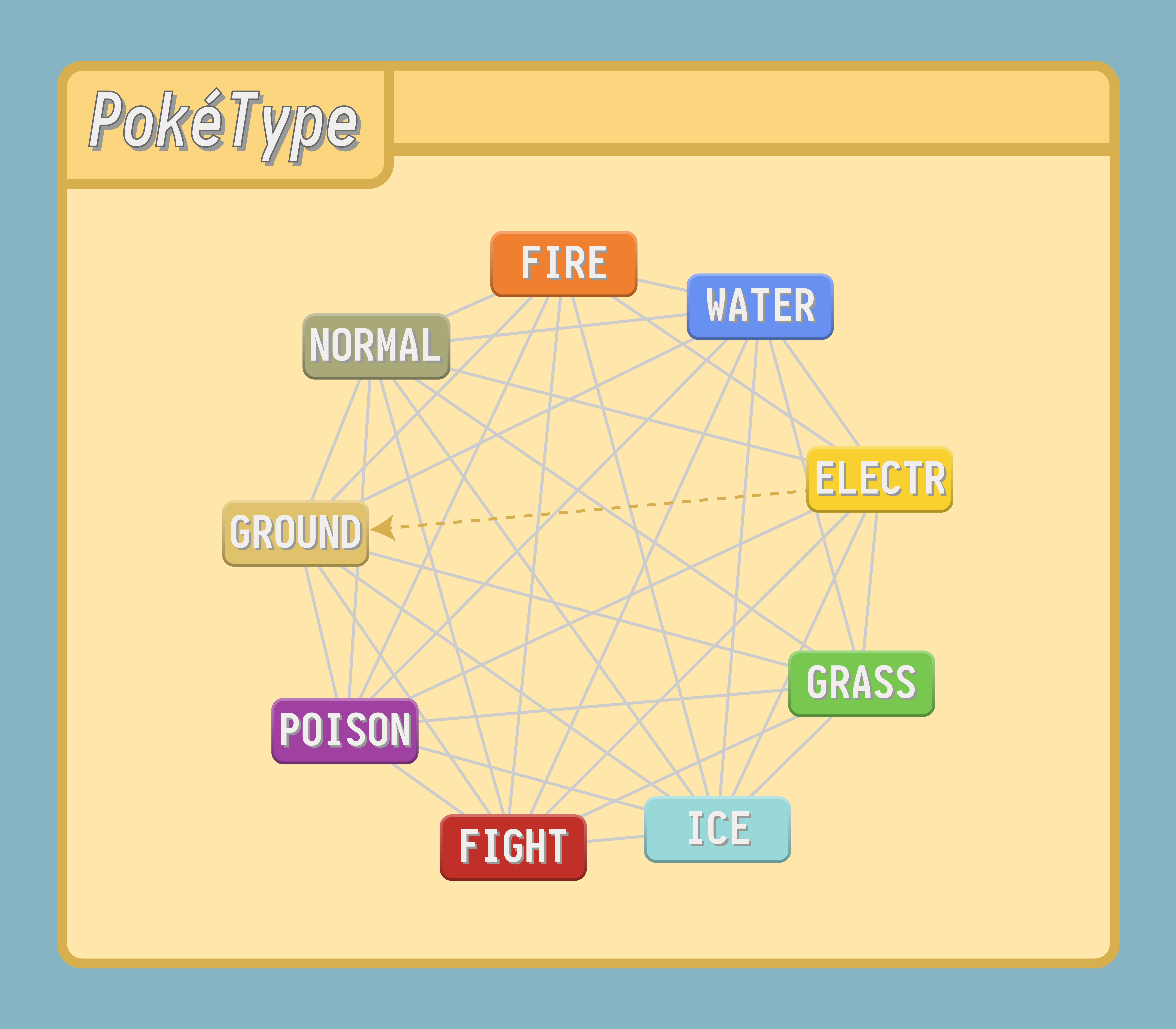 By my count, we only had to implement 30 out of the 81 total possible interactions! That’s an amazing amount of code reuse! Now to address the elephant in the room. Multiple Dispatch.

Multiple Dispatch is not method overloading

I’ll admit, multiple dispatch is a super abstract concept, one that you really only appreciate when you need it. For instance, if you ever find yourself doing a bunch of isinstance in your Python code and it just feels bad, you’re running into the limitations of static binding and single dispatch (i.e. polymorphism via a single type, myClass.method1, etc.).

Method overloading involves resolution of types at compile time and statically generating bound methods to operate on during run time. For example, in Java.

This will correctly print out 1.0

Up until this point, this code will work for most languages with overloading, as these types can be statically calcuated at compile time, and methods can be statically assigned to any calls involving them. Until we try and encapsulate! In order to actually use our fancy types, we’ll need to encapsulate this information inside something more useful. We’ll define a class called Pokemon which just holds a PokeType. The instant we instantiate a Pokemon object, something is lost. Our specific type Normal becomes just a generic PokeType, meaning we won’t correctly dispatch!

As you can see, our program prints out the incorrect value, meaning the less specific function was bound.

If we wanted to make this work in Java, we would have to use reflection to manually check types during run time, effectively stuffing all of our type interactions into public static Double eff(PokeType atk, PokeType def). This might seem reasonable, however, Java’s virtual machine is optimized for static types, optimizing any call paths before runtime.

Compared to Julia, we see it works as expected. p1.type is correctly resolved and dispatched!

Julia is able to stay performant while also allowing us this flexibility due to its optimization of runtime types within its JIT design. Admittedly, I still need to dive into Julia’s internals to give a better answer here, potentially for another blog post.

Anyways, let’s take a look at the last advantage of Multiple Dispatch in Julia, composition.

Implementing such a system of interaction in another language isn’t impossible, but extremely heavy handed without Multiple Dispatch. For example, if we wanted to brute force this, we could just implement a single function, and just check the type of each argument, checking NxN cases exhaustively.

For example, check this horrendous gist I wrote.

If someone wanted to implement a new type, and define more interactions, they would have to completely rewrite this function. Not to mention the possibility of completely breaking this fragile brute force method. Good luck trying to resolve merge conflicts! With Julia, this operation is “super effective”, we only need to import the existing types!

We’ve added a completely new type, and all of its interactions, completely separate from any other implementations! And in the future, if we miss any new types, we’ll fall back to the generic case!

Wrapping up, I’ve shown that Julia’s dynamic type system and multiple dispatch are powerful tools that enable extremely expressive code and trivial extensibility. Hopefully I’ve convinced you to at least check out Julia, if not try and use it in your next side project. Thanks again for reading!